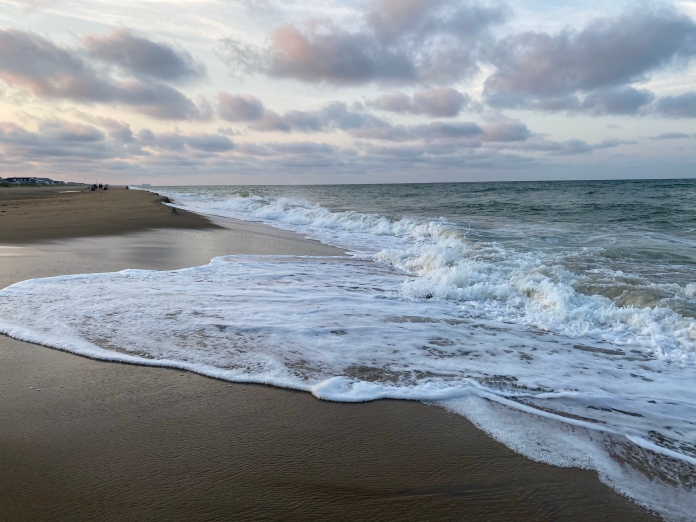 This is a photo of the waves at Virginia Beach on the evening we arrived. It may not be obvious from the photo but the waves were breaking directly on the beach. That was the case throughout the week and is typical for the area as I understand. Some days, it was actually hard work just trying to get beyond where the waves were breaking. More than once I was knocked over by the waves and before I could get up, pushed down by another wave. It seems ironic that the most dangerous place to be may have been standing in shallow water.

Risk is not always where we think it is in life. Sometimes, when we think we have the most control is actually when it is most dangerous!