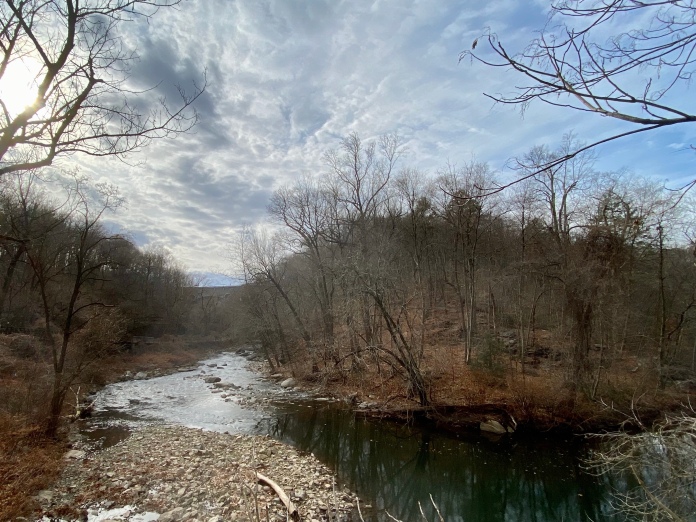 This photo was taken last weekend in Philadelphia during a hike with my wife and son at Wissahickon Park. Among topics discussed was a debate about the sky being cloudy, mostly cloudy, or partly sunny. As I understand, all three of these would be correct technically although partly sunny is less preferred because you can’t use the term at night. And cloudy is less precise than partly cloudy.

McKenzie and Nelson (2003) wrote about the importance of reference points and framing effects on how we might use different terms to describe the same situation. So if it had been raining, we might say that it is now only “partly” cloudy. If it previously had been a clear day, we might say it is “mostly” cloudy. These are simple examples of how our reference point influences what we “see“.