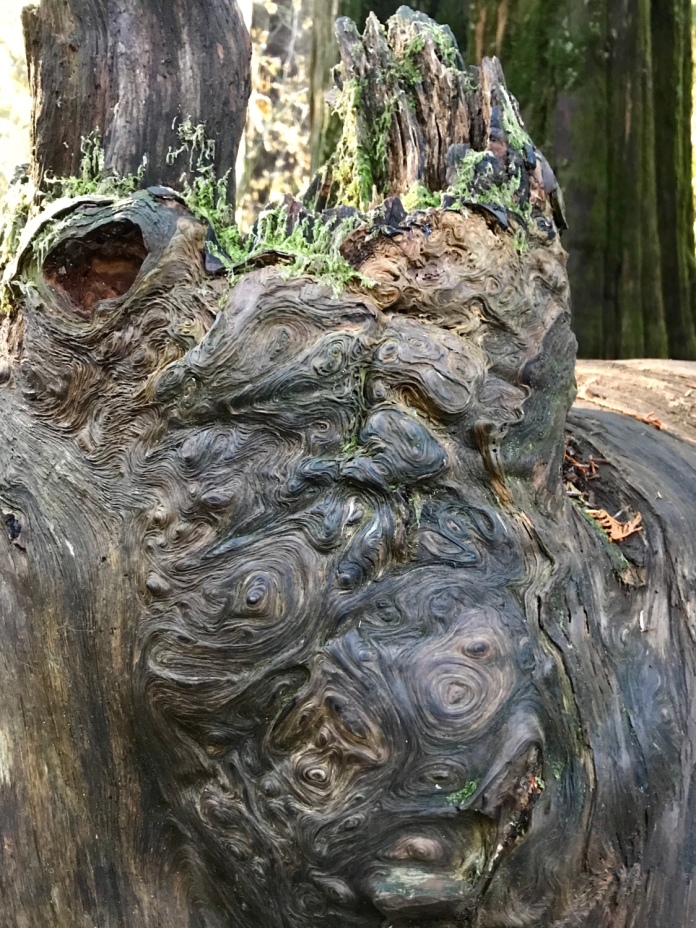 The Rorschach Test is a set of 10 inkblots that is probably the best known of the projective tests in use (in contrast to objective tests). These tests are used to reveal hidden emotions and subconscious attitudes.

This photo was taken along the Grove of the Patriarchs Trail near Mt Rainier back in October. What does it mean if I see a gargoyle in the image of an old tree trunk? Maybe you see a starry night. I doubt that tests like the Rorschach give us more than a small glimpse of the inner person. Rather, we make most of our judgements about others based on outer appearances.

God sees not as man sees, for man looks at the outward appearance, but the Lord looks at the heart. 1 Samuel 16:7